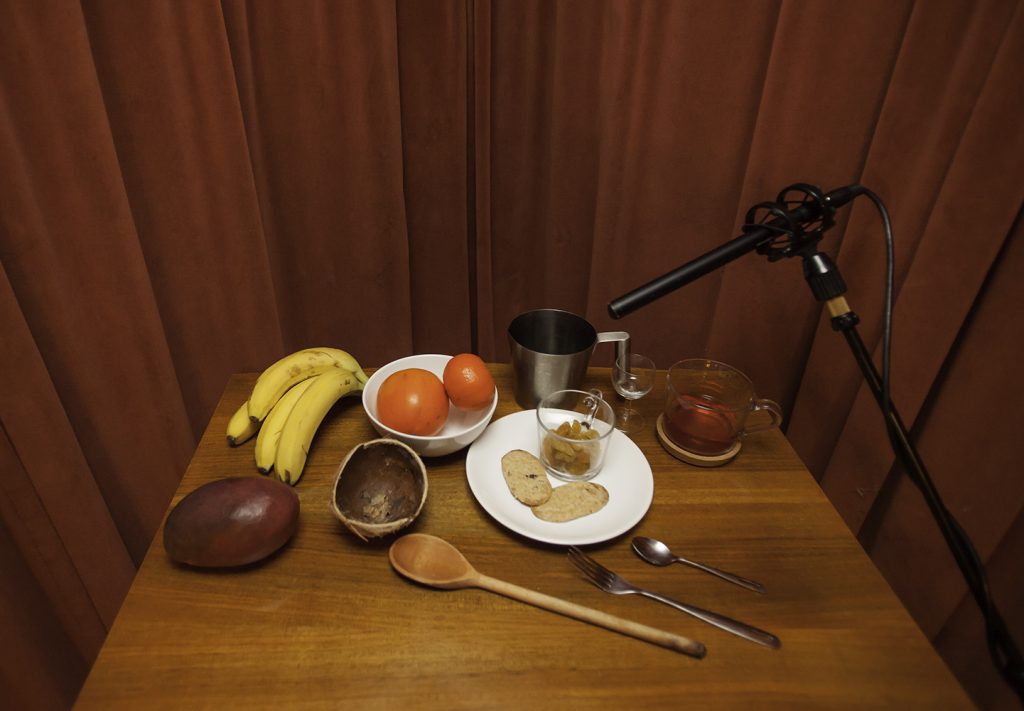 Our mission is to work on projects for filmmakers who appreciate the quality and possibilities ofsound. We help support films from budding directors – graduates of film schools, first-time filmmakers of short films or debuts. We apply preferential rates for projects whose idea is to convey important ideas or values to the audience. So far, we have produced the following projects on preferential terms: the diploma project from the PWSFTViiT in Łódź: “Dobrze jest” (“So Far so Good”) dir. Anna Biernacik; Mateusz Kucharski (2018). The sound by Agata Tabaszewska was nominated at the Golden Reel Award in 2019 for the Verna Fields Award in Sound Editing; “Prophecy”, which was seen by almost 900,000 viewers and Karina Węgiełek successful diploma film “Rudy”: sound by Karol Adamczyk, Szymon Nawrocki (2019). The series “Jonash”, directed by Mateusz Olszewski – sound by Iga Kalduńska, which was post-produced by
our company had around 100,000 views. 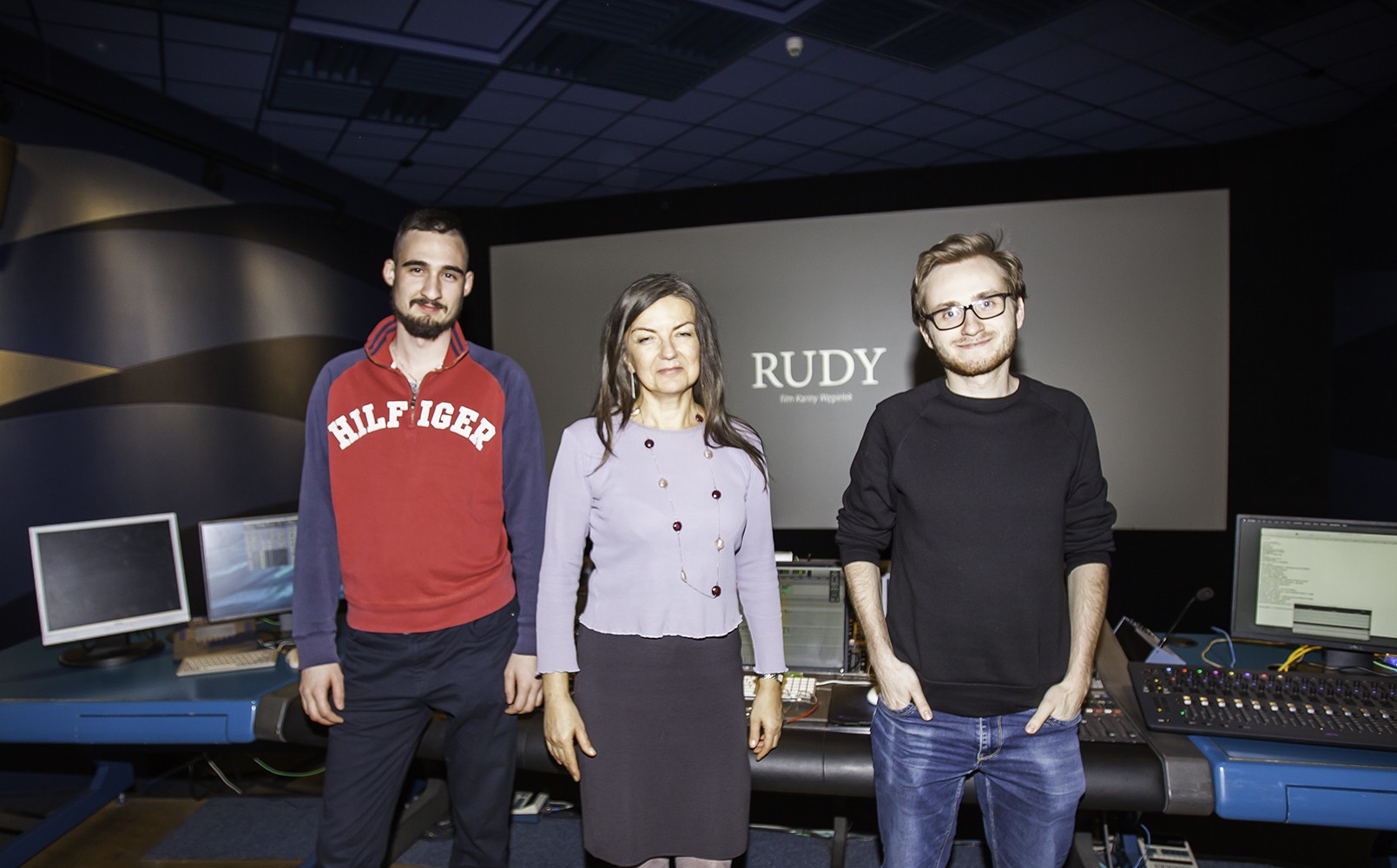 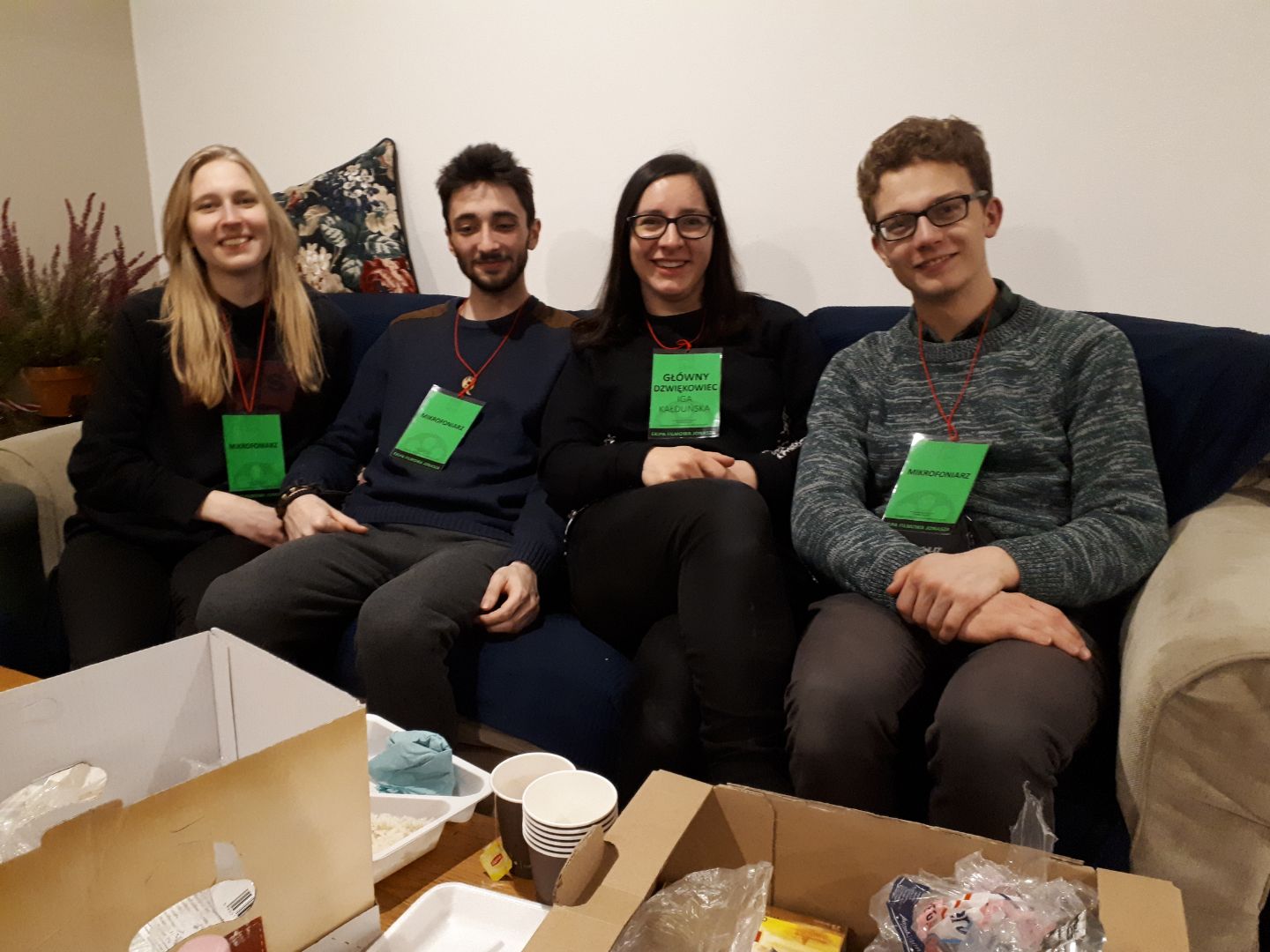 On the set of the internet serias “Jonasz”.

Pictured from left: Martyna Kacprowicz, Kajetan Dziak, Adam Czerski on the set of “Jonasz from II B” 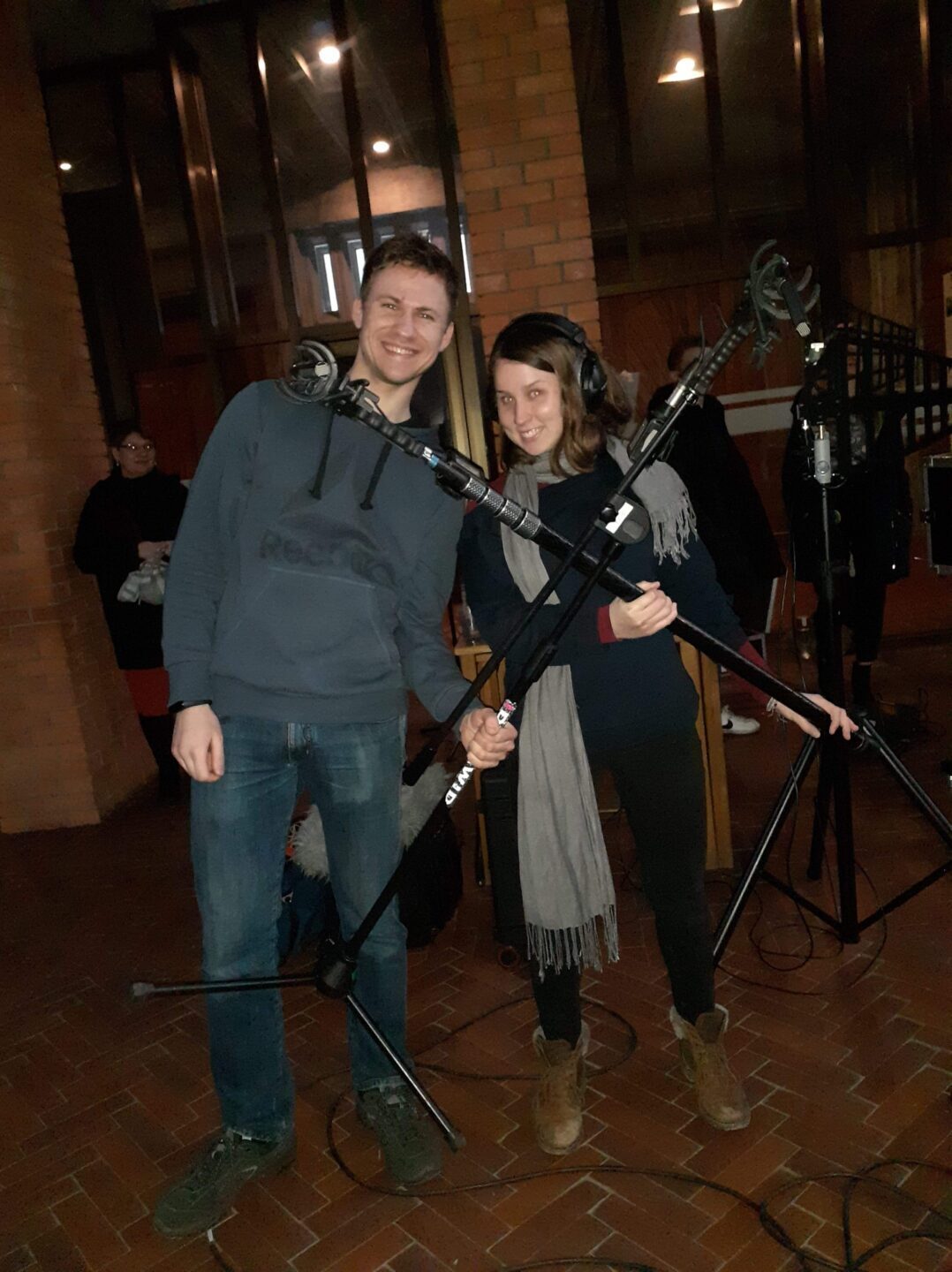 On the set of “Jonasz”

Pictured from left: Remigiusz Czechowicz i Helena Czerwińska on the set of “Jonasz from II B” 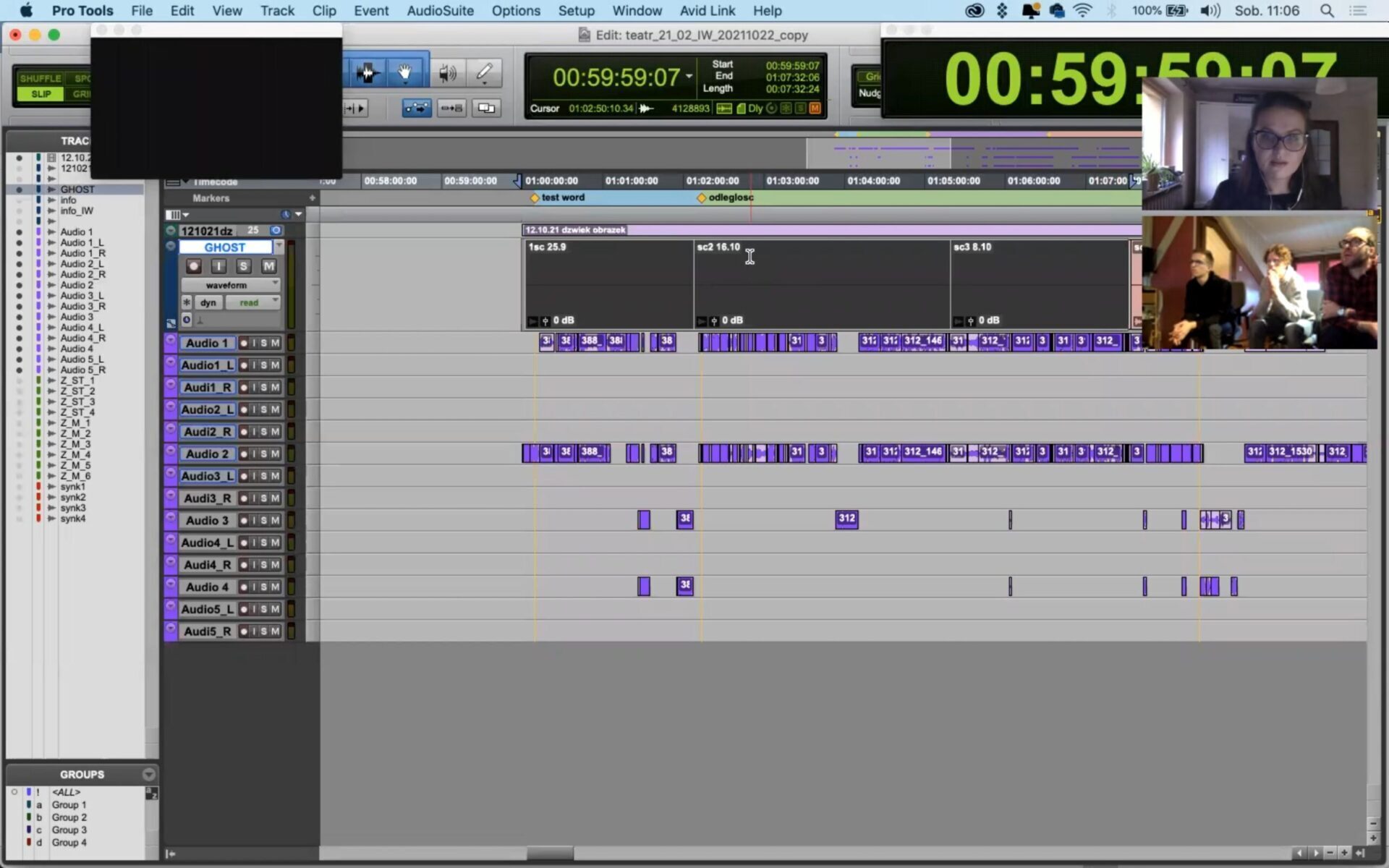 Training within the course Fishing Sound. In the picture I. Waśkiewicz-Nowacka, Emanuel Zemła. Mateusz Banaszkiewicz A. Buka 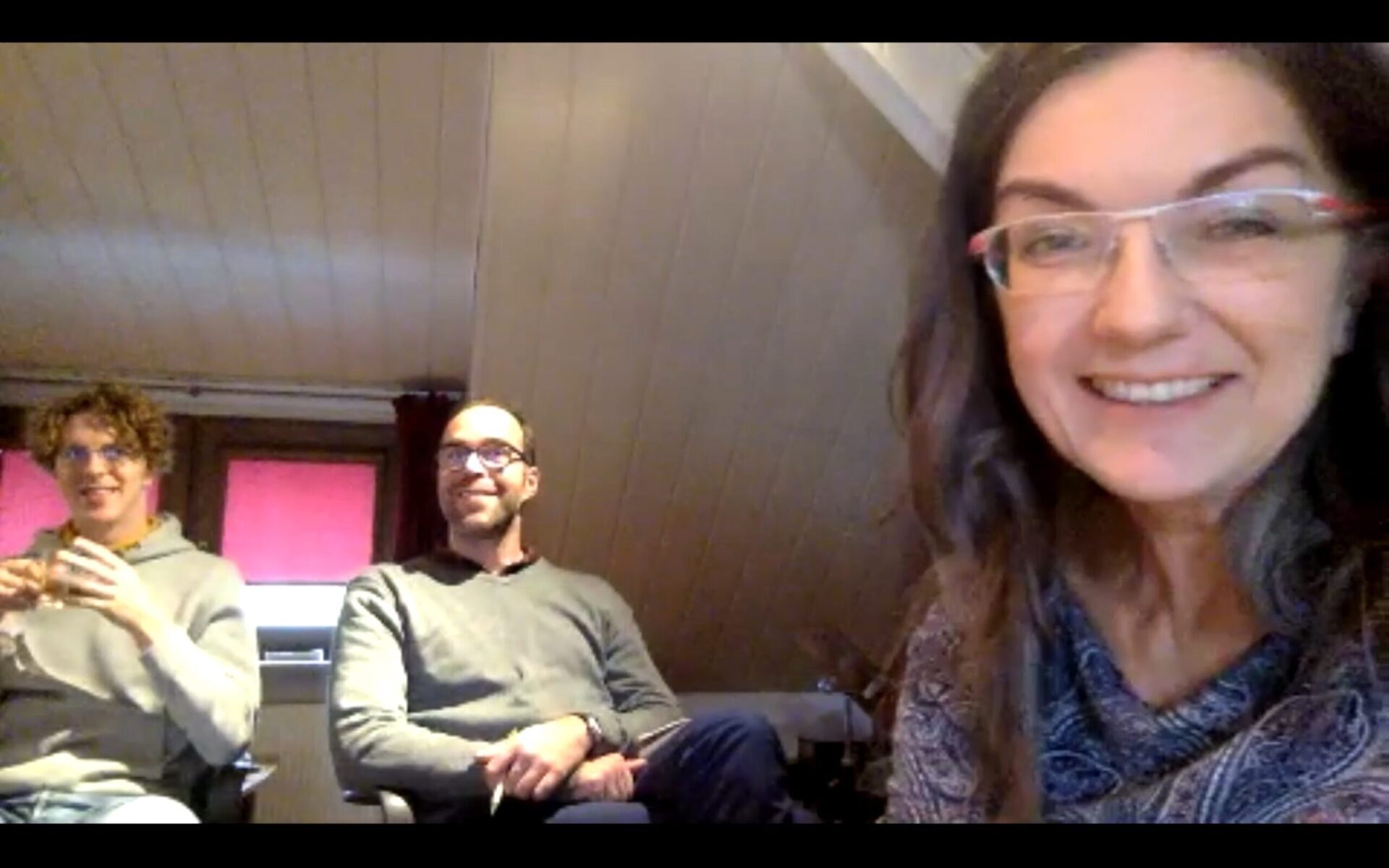 Training within the course Fishing Sound. In the picture M. Banaszkiewicz, A. Buka, J.Napieralska 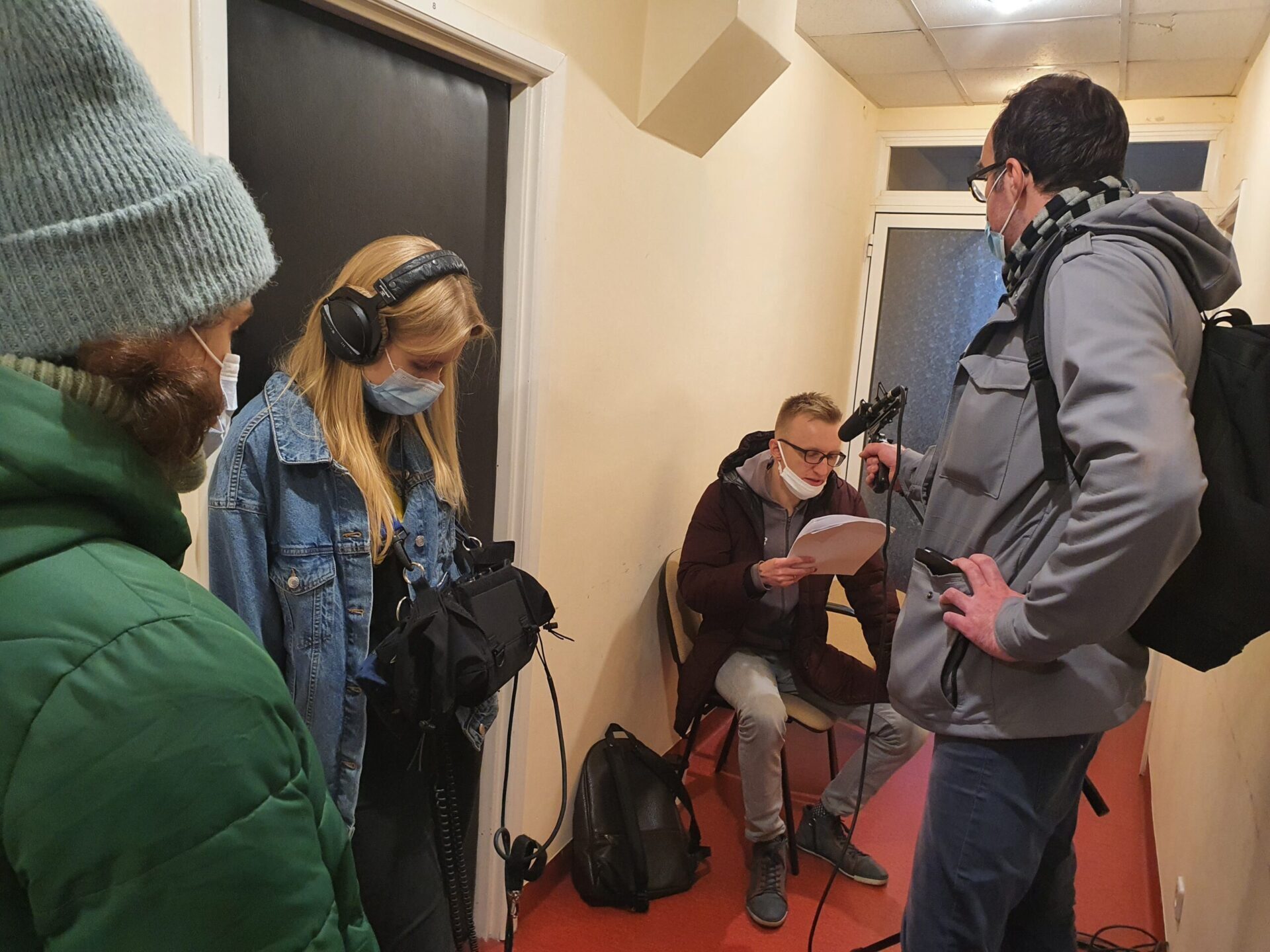